‘Star Wars: Droids’ is now up and available in the UK - and also in a few other countries too:-

https://twitter.com/helisonsm/status/1405839632433127426 (with screenshots of audio and subtitle options in multiple languages) 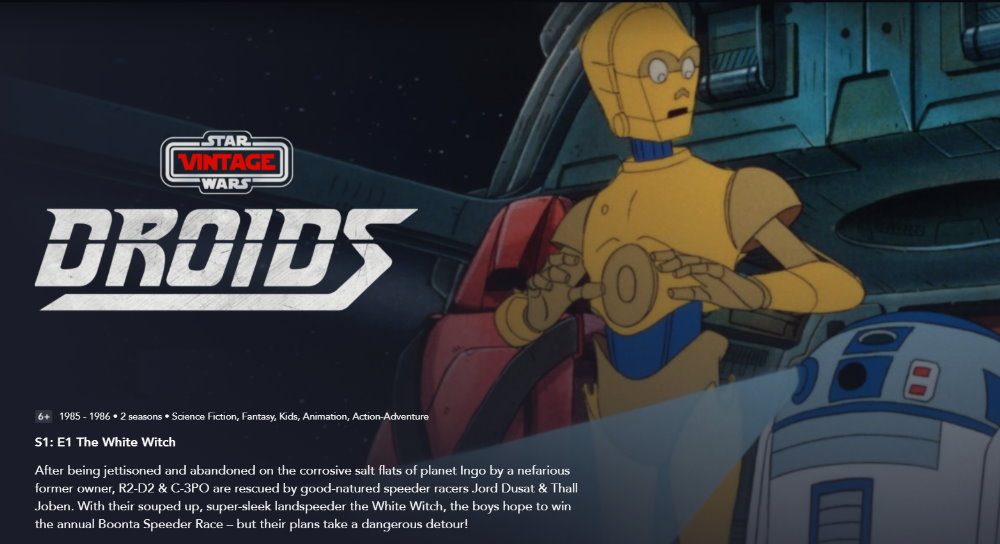 As with the previous ‘Star Wars: Vintage Collection’ releases on Disney+… Star Wars: Droids appears to be upscaled to HD too.

Talk about a pleasant surprise. Glad to see The Great Heap there as well. I don’t know why… ok, maybe I DO know why Disney doesn’t advertise the Vintage shows (quality and canoncity) but it’s still wild Star Wars stuff gets added without fanfare (although, now that I think about it, The Bad Batch hasn’t been getting a ton of press after the premiere)

As for whether it and the Ewoks show are true HD or upscaled… I’ll take your words for it. I think they’re true HD but I’ve been often amazed at how close to true HD the Muppet Show looks and I KNOW that was SD.

That said, I’ll swear up and down the Ewok movies are true HD and willing to bet (a small amount) that the 2D Clone Wars series is. I’ve seen plenty of upscaled stuff and, while I’ve only gotten around to seeing the previews for the movies, they looked too good to even be the best upscaling I’ve seen.

I could be wrong but that’s where I’m laying my chips. In any case, I don’t care if I’m right or wrong; not counting the holiday special and shorts from the Resistance series, I think that’s everything film or TVStar Wars on Disney+