Woah, I actually felt physical discomfort seeing Motti’s face go red as he was choked! In other words, what you were going for with that effect worked. 😄

that’s so encouraging, thanks!!

Something I’ve learned from color correction is that even if you’re changing the time of day to be much darker, it’s important to retain close to full brightness in some parts of the image, such as with artificial lights or simply keeping the highlights at the same level while lowering the overall gamma. Without these considerations, scenes can quickly go to looking like there’s a mistake with the monitor rather than an intentional effect, something I’ve done many times. I see some of this creeping into the Lars dinner shots and the Imperial conference, for example. Finding some places to keep a strong light source would really sell these shots.

hmm… ok well this is hard to hear… because doing custom lighting is not easy!!! ok after a few failed attempts at simulating an indoor light shining on the cups etc. i came up with this idea. I think it works rather well! thank you for the tip!! any ideas for what to do with the conference room? to be frank, I want it all darkened due to Vader’s oppressive power.
! 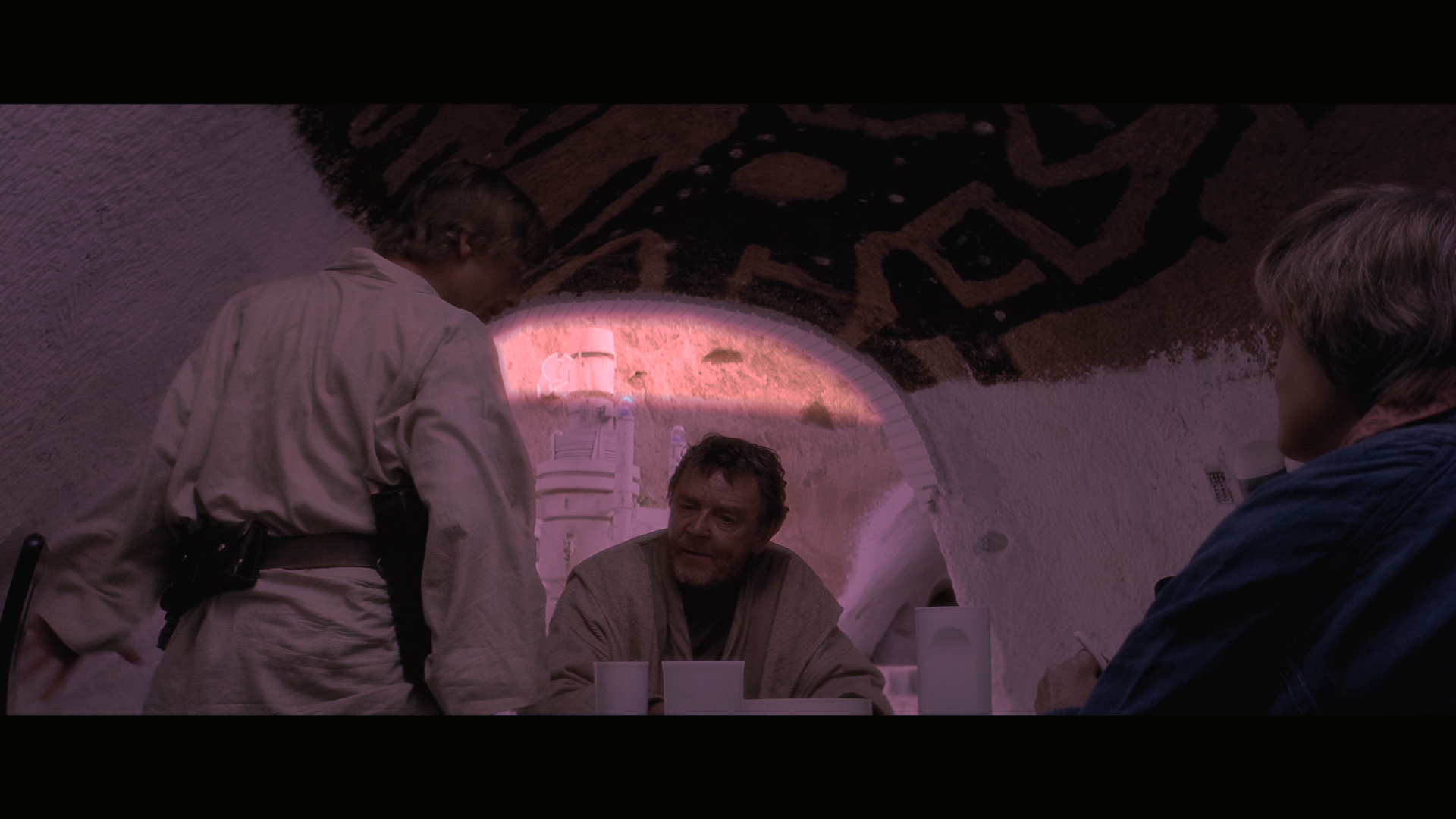