Perhaps the best that can come from the Star Wars Saga on VCD is that it is one of the few formats that carries the theatrical cut of the ‘The Phantom Menace’, outside off VHS tape and Laserdisc. It would be nice if one were to get a rip of any of the foreign language tracks from these VCDs-even if the audio track from the disc is 44.1kbps/MP3 quality. I’m sure ZigZig would welcome it in his theatrical cut preservation.

Unfortunately not. I just checked the Hong Kong and Malaysian TPM VCD’s and both only have stereo English with Left/Right isolation options. The Hong Kong release has burned in subtitles, but that’s about it.

Unless there’s another official release I’m unaware of or my VCD player is acting up, which I doubt.

It seems they’re now mostly relegated to the category of weird nerd junk that looks cool. 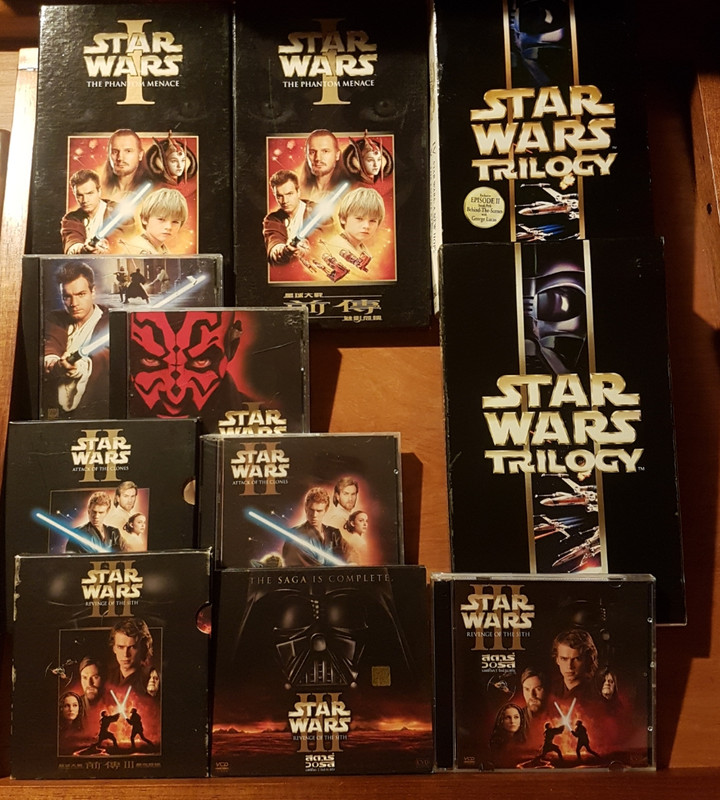