Sorry if this is a little late, but I love that this is being commemorated. Here’s my contribution: 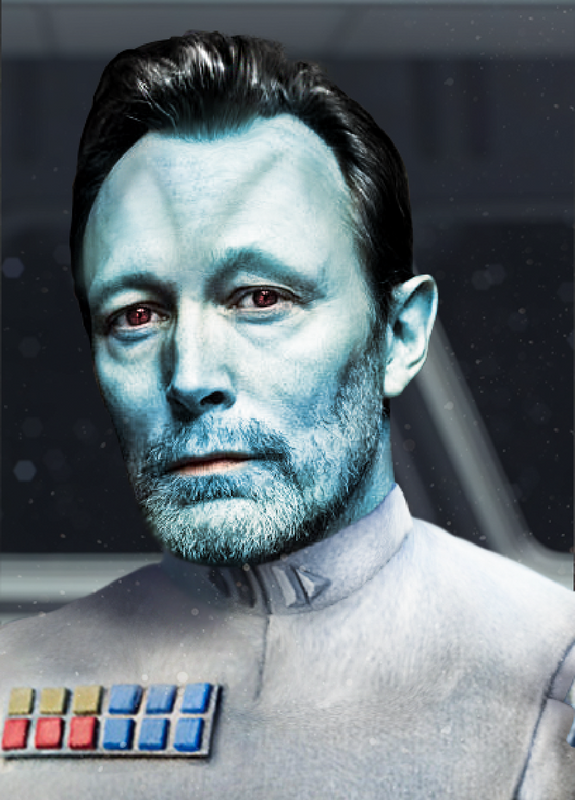 We may be seeing Thrawn in an upcoming series so I’ve done a little bit of fan-casting here. For those who don’t know, this is Lars Mikkelsen, the voice actor for Thrawn in Star Wars Rebels. I certainly couldn’t imagine any other voice for Thrawn so Lars gets my vote. I only made changes that would be possible with practical makeup so as to be accurate. I didn’t remove his beard because any attempts I made made him look plasticky, but I think that he would look incredible for thrawn sans-beard I think he is perfect for the role. He fits the Star Wars casting bill as being not too recognizable too; there aren’t really any characters that people have him associated with so they would only see him as Thrawn.

Your edit isn’t appearing for me, neither on here nor on the website, unfortunately

I’m usually annoyed when people pretend their opinions are objectively correct. That said, Lars Mikkelsen as Thrawn is the objectively correct choice. When people fancast actors like Benedict Cumberbatch or Jason Isaacs, they say things like “_________ could make a great Thrawn”. Meanwhile, Lars is ALREADY a great Thrawn! I can’t read any line of Thrawn’s dialogue in the books without hearing it in that voice, and I can’t imagine a portrayal of Thrawn without it.