There was a rumour flying around that Hux would get eaten by a giant turtle in the third act of TROS.

I want someone to painstakingly VFX together Pryde executing Hux by throwing him to a giant turtle.

Was this an actual rumor? Did Steven King come up with it?

This was an actual rumour from a set of supposed leaks about the screenplay. It became a big meme in Star Wars shitposting circles, the joke persisting even after the movie was released: 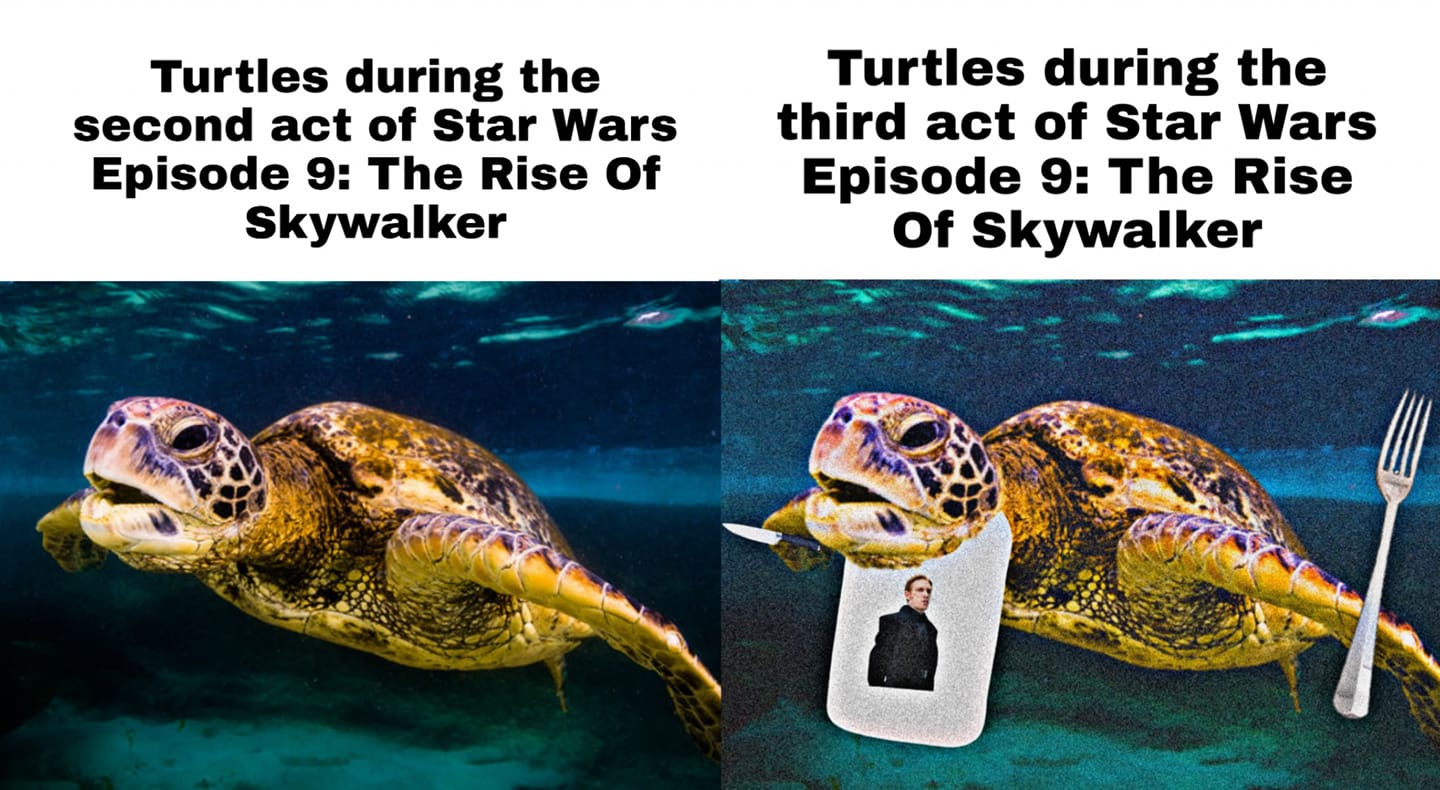 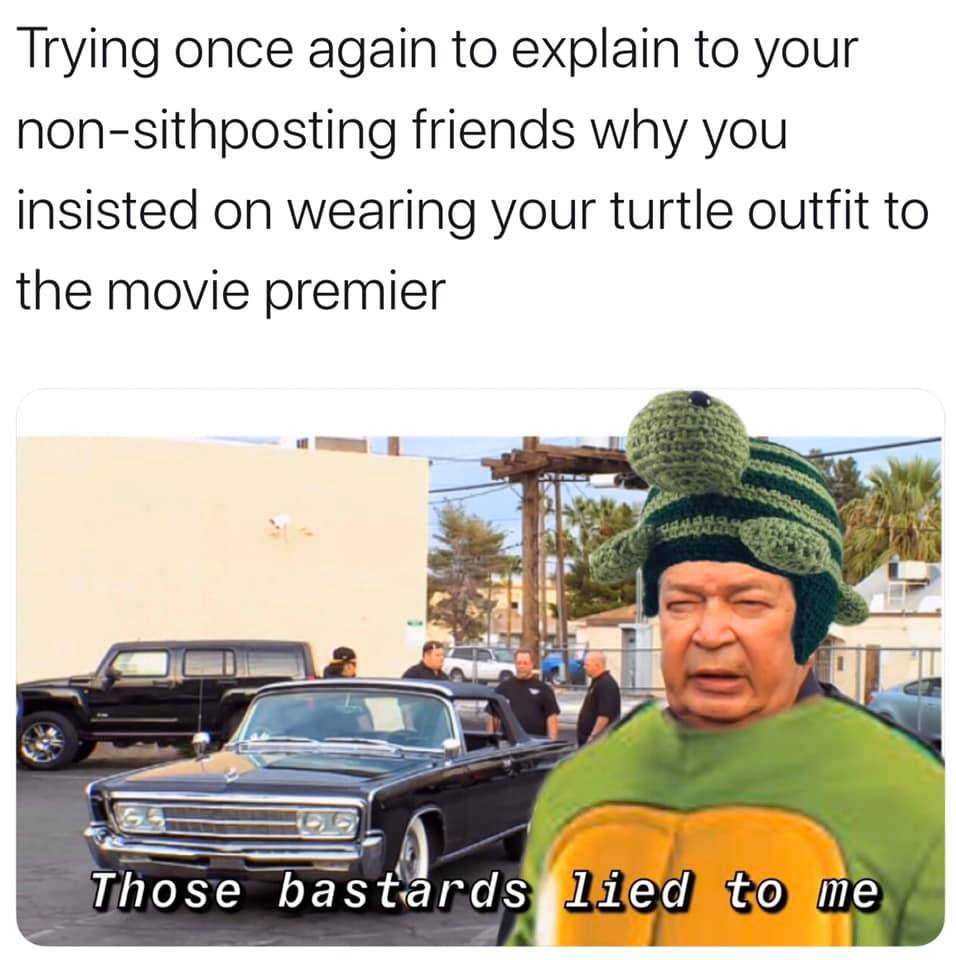