Given that George replaced Sebastian Shaw with Hayden Christensen for this scene in the 2004 Special Edition of ROTJ:-

I’m surprised George didn’t also replace Sebastian Shaw with Hayden Christensen for this scene below. Though maybe George was waiting until Hayden is somewhat older before filming it and then making the change…? 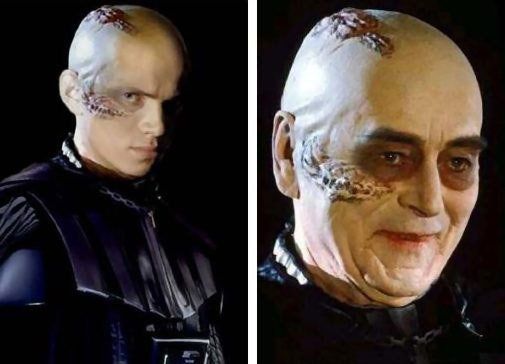 (Maybe there are plans to just change it for everyone’s Disney+ version / another Special Edition release at some point in the future! 😉 I’m just kidding, just kidding…)

The irony is that by 2026 the exact same amount of time will have elapsed since they shot RotS as passed in-universe between Anakin’s duel with Obi-Wan on Mustafar and RotJ.