Hello all! Joined very recently to explore the world of Star Wars fanedits a bit more thoroughly. I’ve been working away quietly on a fanedit - my second one since my first back in 2015. I wasn’t planning to announce until I’d made a fair bit of progress on it since I often get an edit idea, rigerously start on it, then lose all interest and drop it entirely. Well… Someone a few days ago was asking about Twin Peaks fanedits, and now I’ve made a fair bit of progress on it. 😄 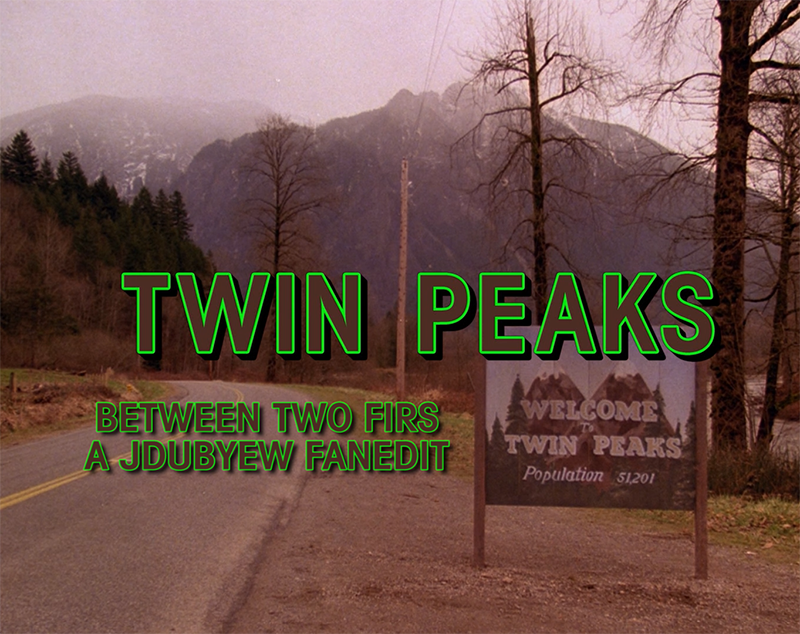 David Lynch has recently become my all-time favorite director. I think Twin Peaks is his magnum opus. Season 1 is great, the Last Days of Laura Palmer is the most disturbingly realistic horror film I’ve ever seen and Season 3 might be the greatest piece of television ever made. But season 2 is awful at times. I assumed that someone must have tried editing it into better form, right? But I couldn’t find any edits attempting that when I was searching. So I thought I’d give it a go myself. I rewatched season 2 from a more analytical perspective, trying to figure out where exactly the wheels come off. I think I more or less pinned it down - it starts and ends strong, but there’s a middle portion where the show really drags as it figures out what to do after resolving Laura Palmer’s mystery, revolving around numerous dumb sub-plots.

Twin Peaks: Between Two Firs (thanks to LeoMessiah117 for making me realize my spelling mistake) condenses that rough middle patch - episodes 11-15 - into a single movie to watch instead of those episodes. It doesn’t miraculously make the episodes good, but I hope it at least makes them less of a chore to get through. Sideplots are streamlined so that the show maintains its ensemble cast feel rather than have key cast members suddenly disappear. Between Two Ferns currently runs at 146 minutes, cutting 90 minutes of stupidity. Here’s the TLDR cutlist (there will be a detailed cutlist when the edit is finalised):

The edit is on it’s fourth workprint iteration. At this point, I’m personally happy with the way it flows, but I want to take my time polishing this edit. So if you are interested in checking out the workprint, leave a reply to this thread and I’ll send it over to you. I’ll be taking my time to take onboard everyone’s feedback and put out the edit when it’s ready. Hope you’ve all got plenty of coffee ready. 😉