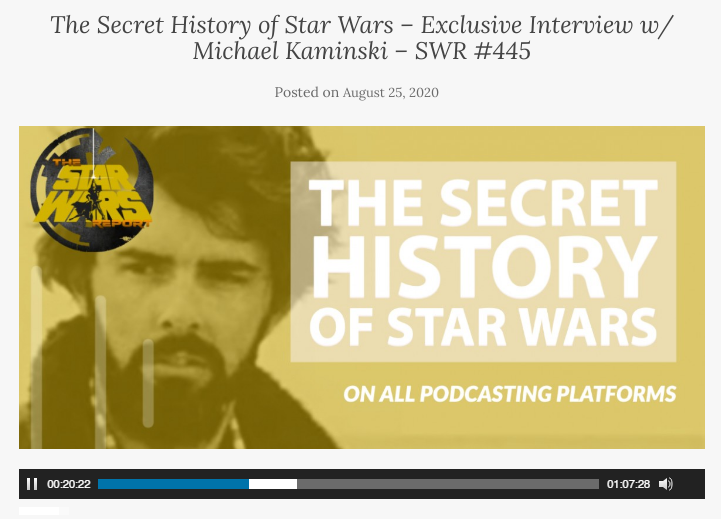 Well worth a listen - especially if you haven’t yet read the ‘The Secret History of Star Wars’ book.

I’d read a lot of ‘The Secret History’ recently so it was pretty nifty to hear from Kaminski again so recently. I think it’s interesting that he still insists Lucas came up with Father Vader while writing the second draft, which made the most sense when ‘The Secret History’ first came out but since then both ‘The Making of The Empire Strikes Back’ and the full text of the ‘Future Life’ magazine piece had emerged and suggest Lucas was already considering it before then.

I guess it’s not the biggest deal (certainly the second draft is when Lucas decided to go with Father Vader, likely for all the reasons Kaminski outlined), but I was curious how developments since his book came out might have reshaped his theories, and it doesn’t seem like they have at all.