PART II: BACK TO THE FUTURE III LOGO

Now this bit was a little bit different to the other ones. As opposed do the rest of the sequences which were just upscales, in this case, it was easier to just take the original HD footage and blend in the static logo for Part III over it.

The one problem was actually acquiring the static logo. The LD had definitely a lack of vertical resolution due to being squeezed vertically, so that logo just would not scale up decently. 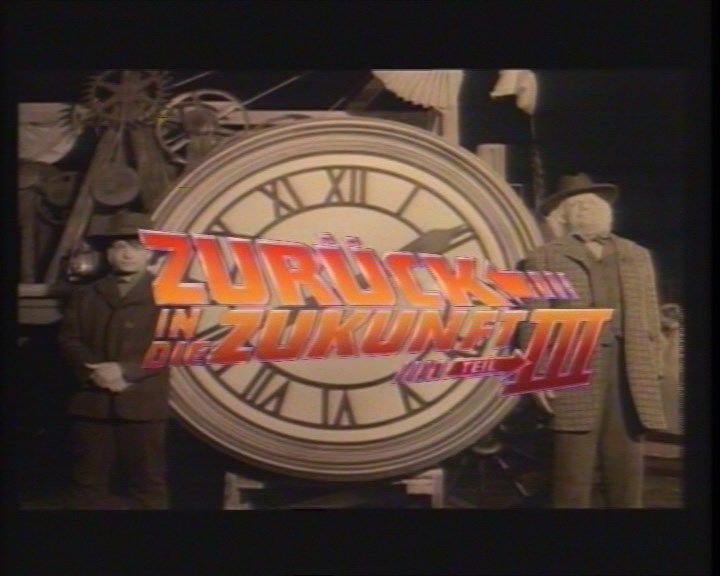 Once again, the VHS was somehow desaturated, but the resolution was quite decent. 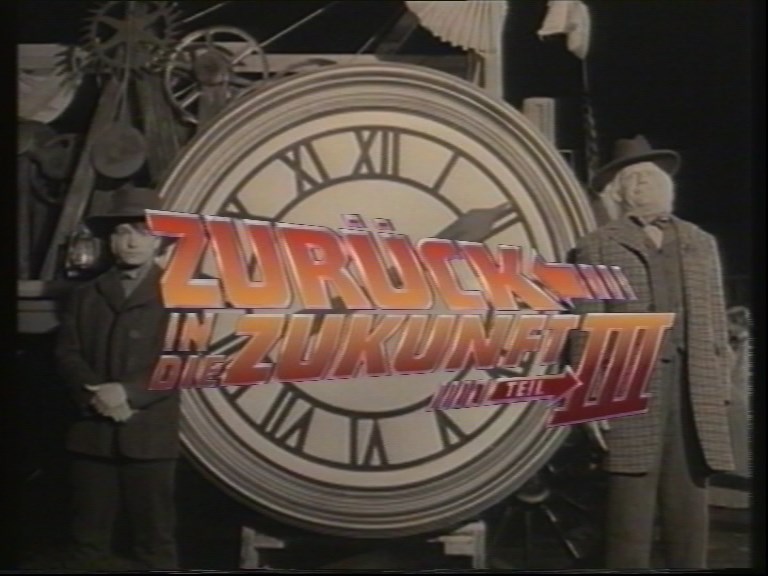 I scaled it up with AI and could isolate the German logo from the result. 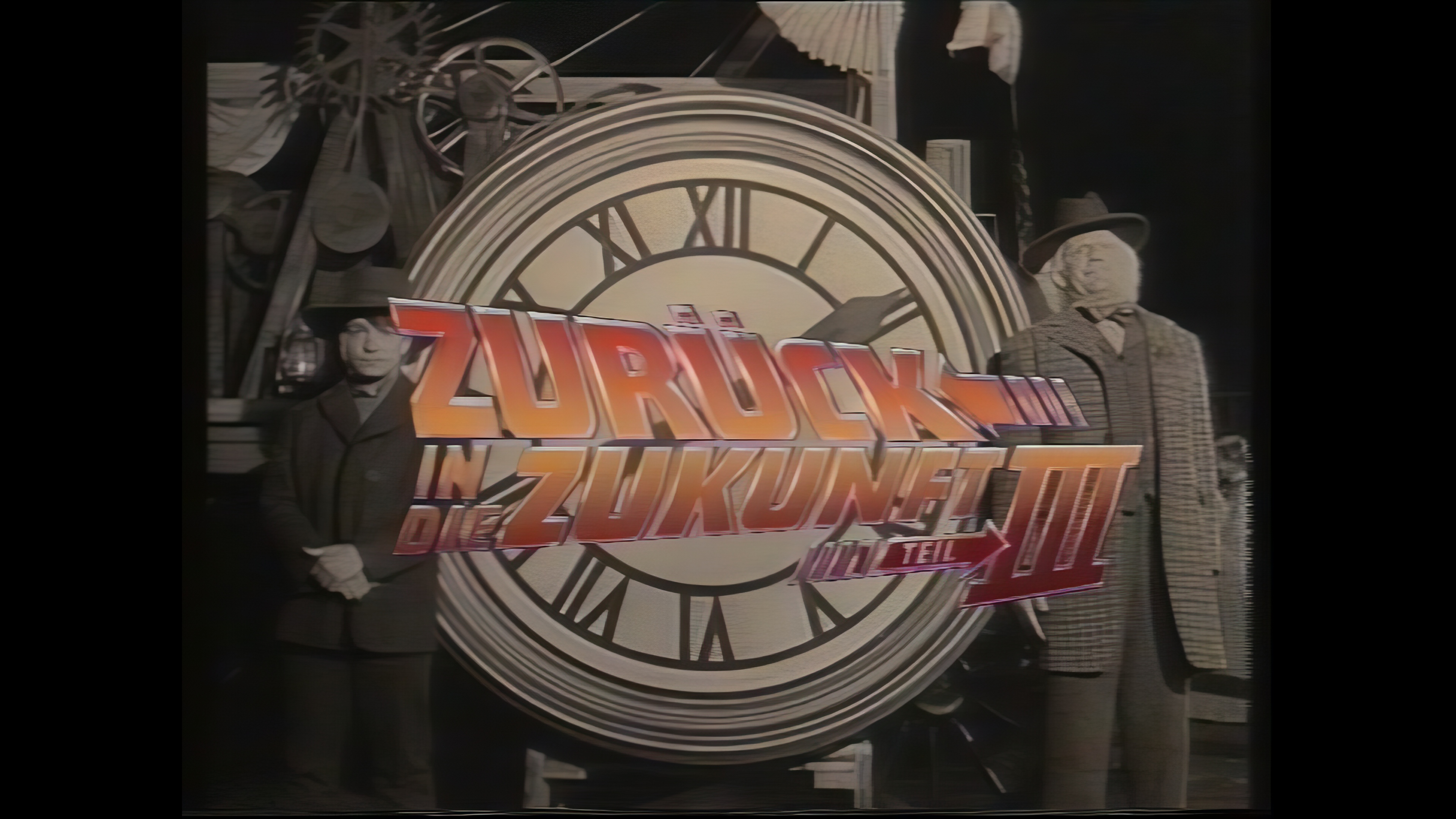 This logo was then overlaid over the HD image of Doc & Marty, and color-corrected the saturation to match. 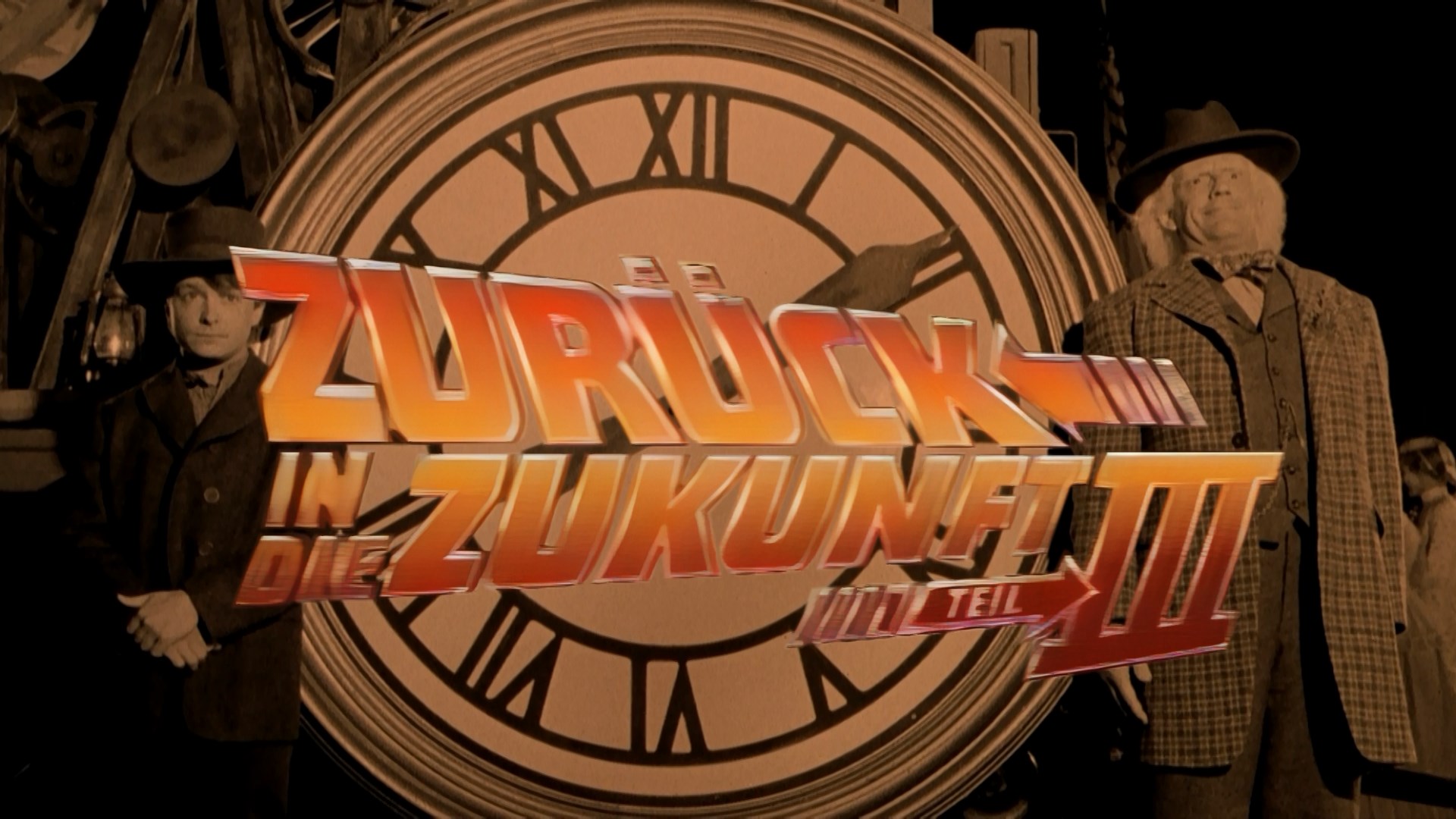 Also noteworthy that the German title didn’t have the “COMING SUMMER 1990” title (at least, on home video it didn’t) and was also placed lower in the screen than the English one.