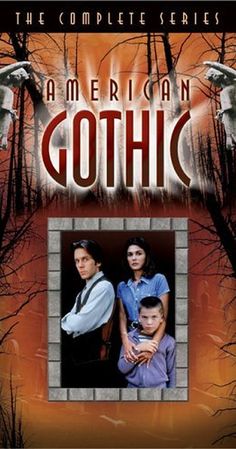 Close to a month ago, I came across the American Gothic DVD set in a used book store. I had neither seen nor heard of the series before, but I like Gary Cole and I have a fondness for '90s TV horror, so I took a chance and bought it, hoping I’d enjoy it.

Well, I wasn’t altogether impressed, unfortunately. Typical of network television then and now, there were just too many episodes and too little focus or momentum. Aside from Jake Weber and the nonentity he played, most of the cast/characters were great, but there just wasn’t enough mystery or atmosphere to keep me engaged. After five episodes, I’d lost interest, and only felt compelled to finish watching as I’d paid for the set. Well, that set’s gonna be finding a new home very soon.