The issue with locations/time intertitles was already addressed above. These were realized as ASS subtitles, with the proper font (see above) and fade-in/out effects, both in German and English, for Parts II and III. 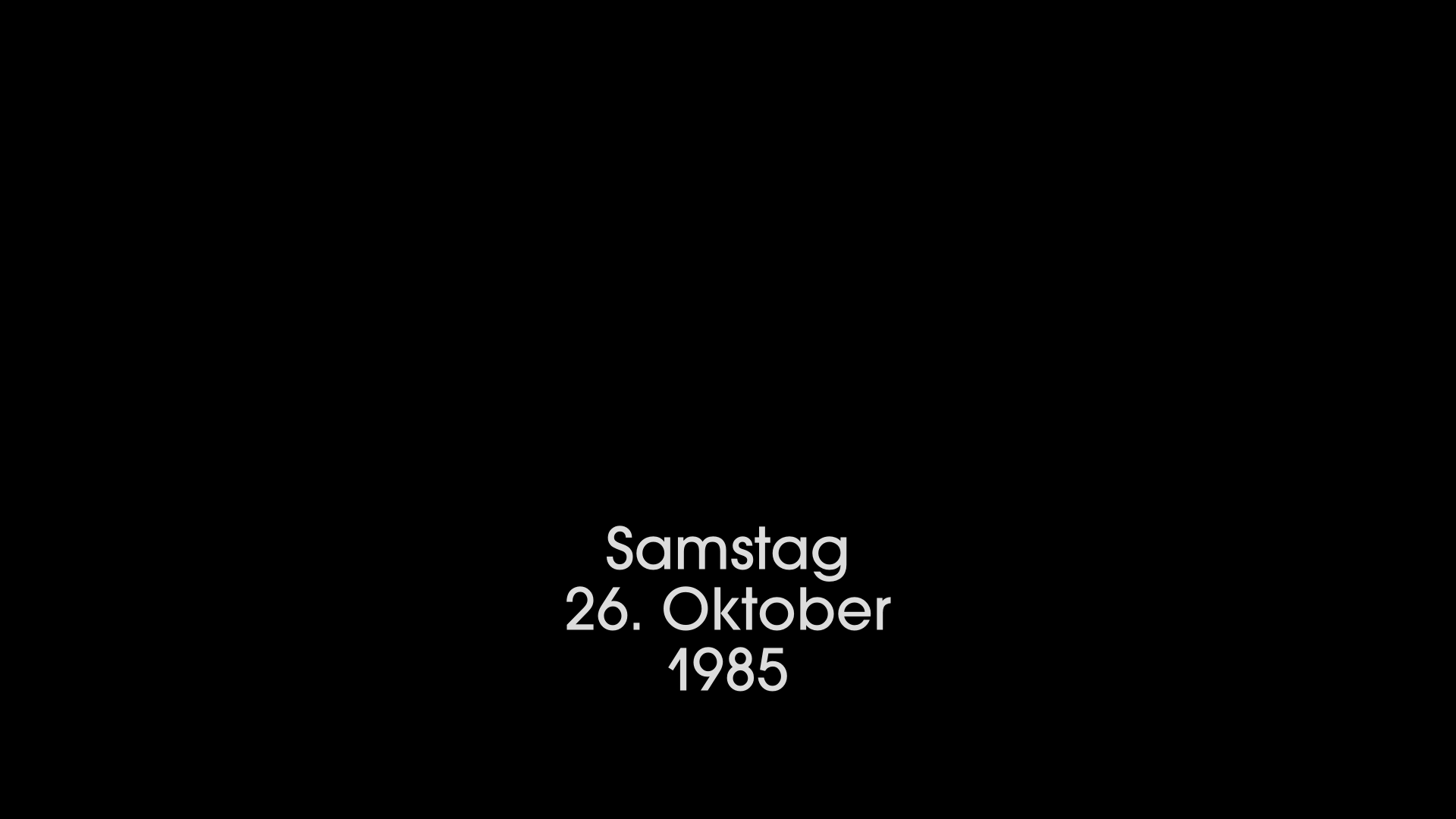 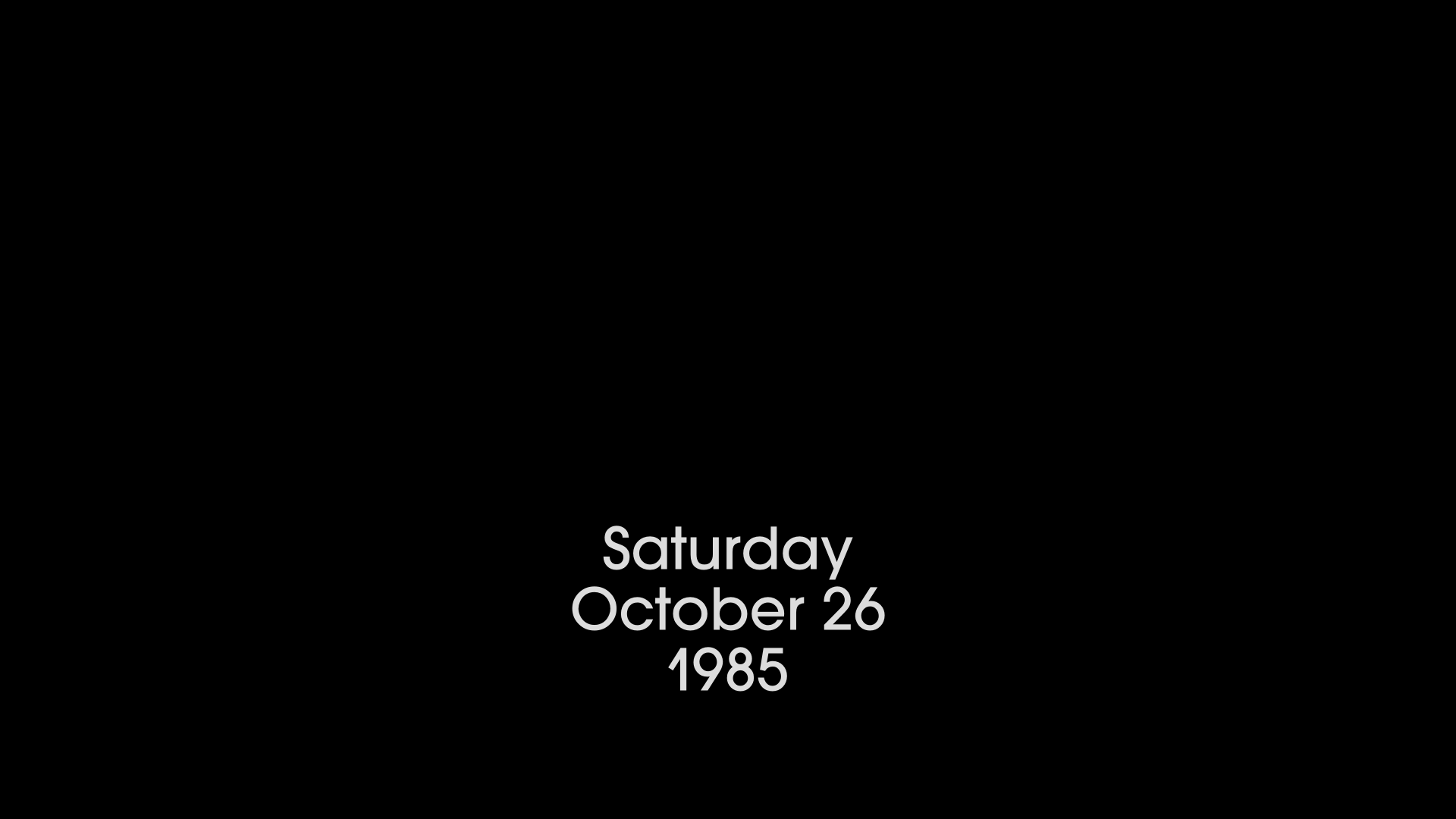 The initial theatrical verson of Part II in Germany had titles translating the relevant newspaper headings. They also had animation for changing newspaper headings. The LD and VHS retained these titles, and thus I reproduced those with the means of ASS subtitles.
One downside to this: depending on the player, fading effects might appear choppy. 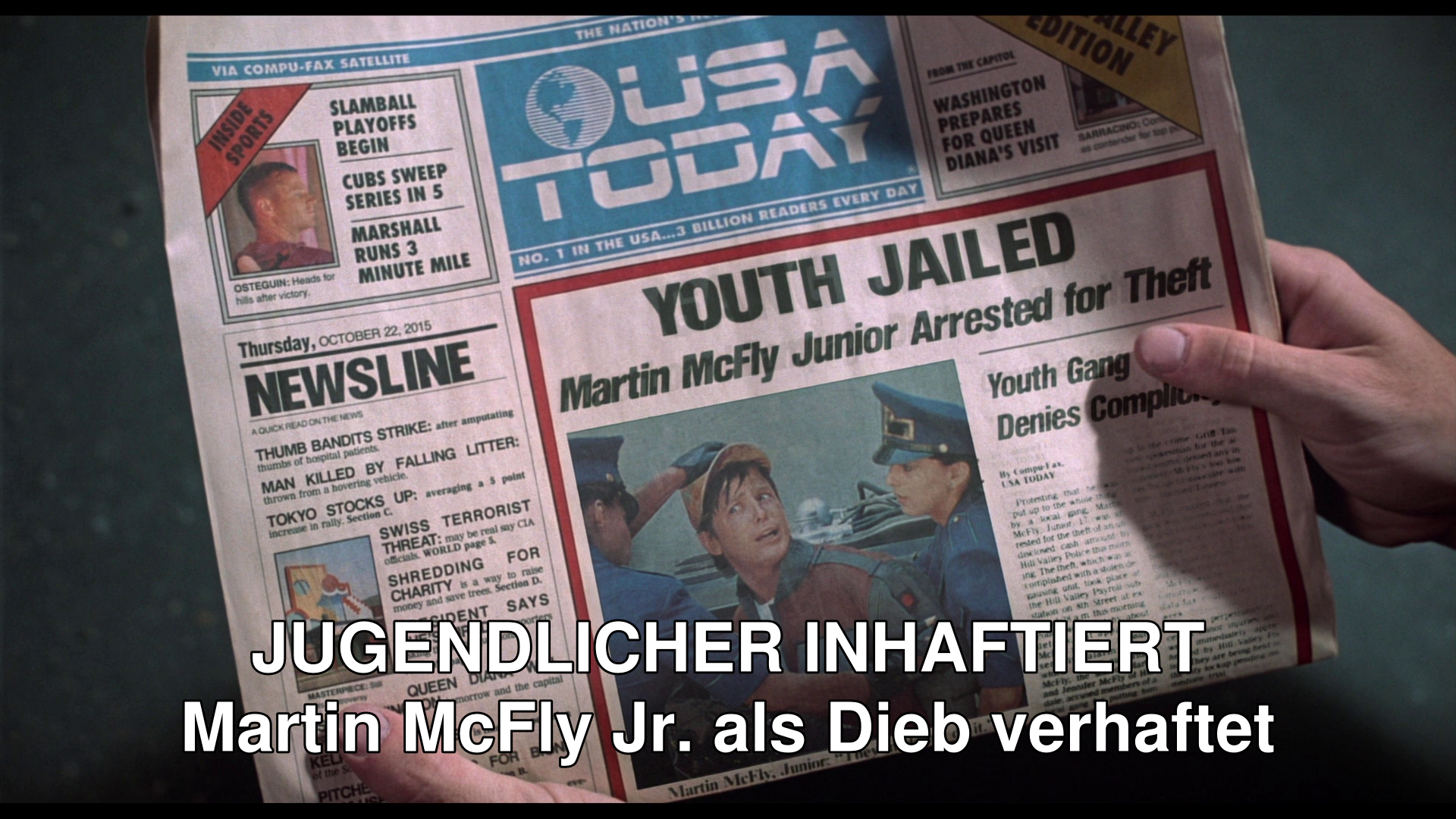 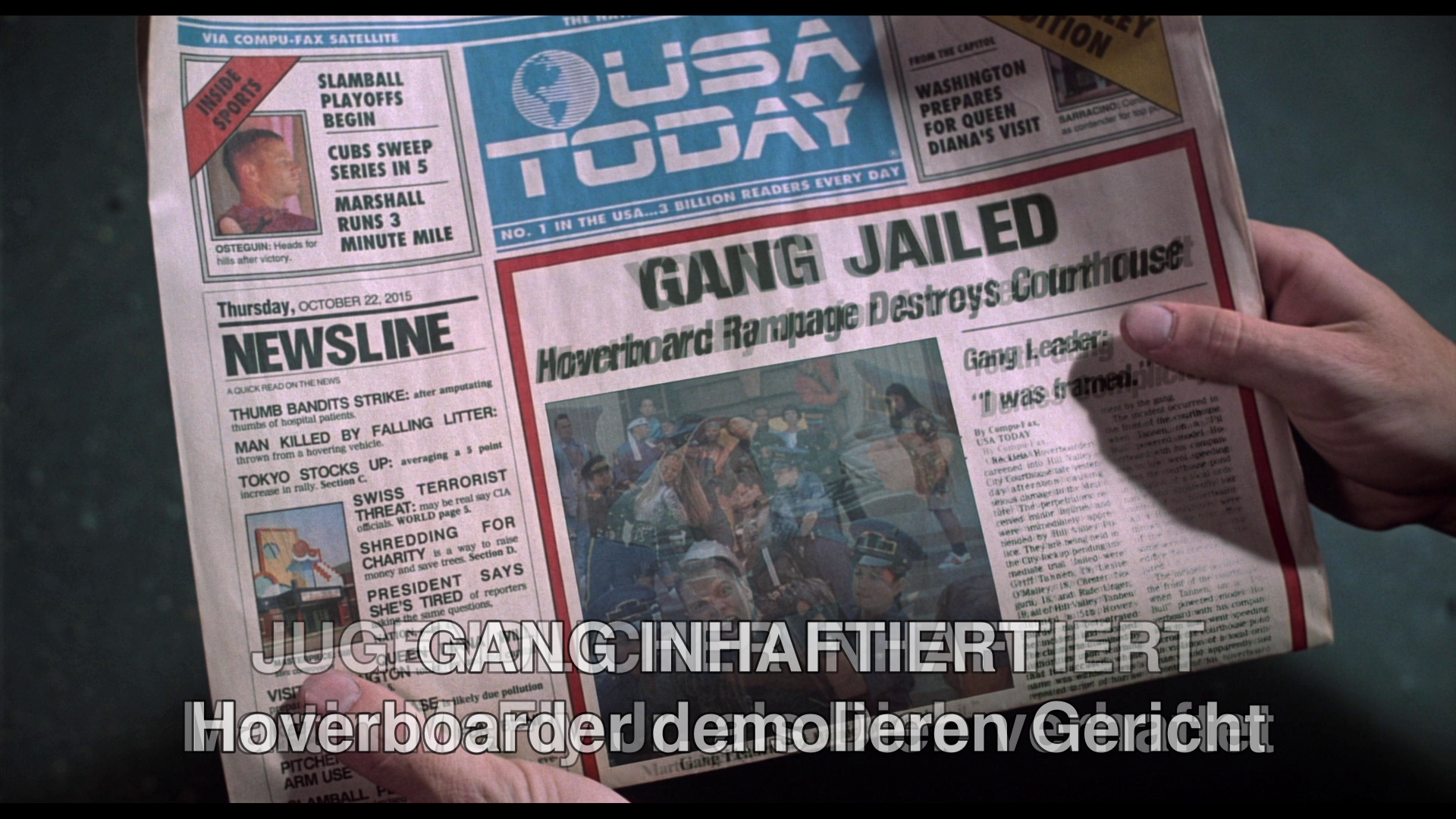 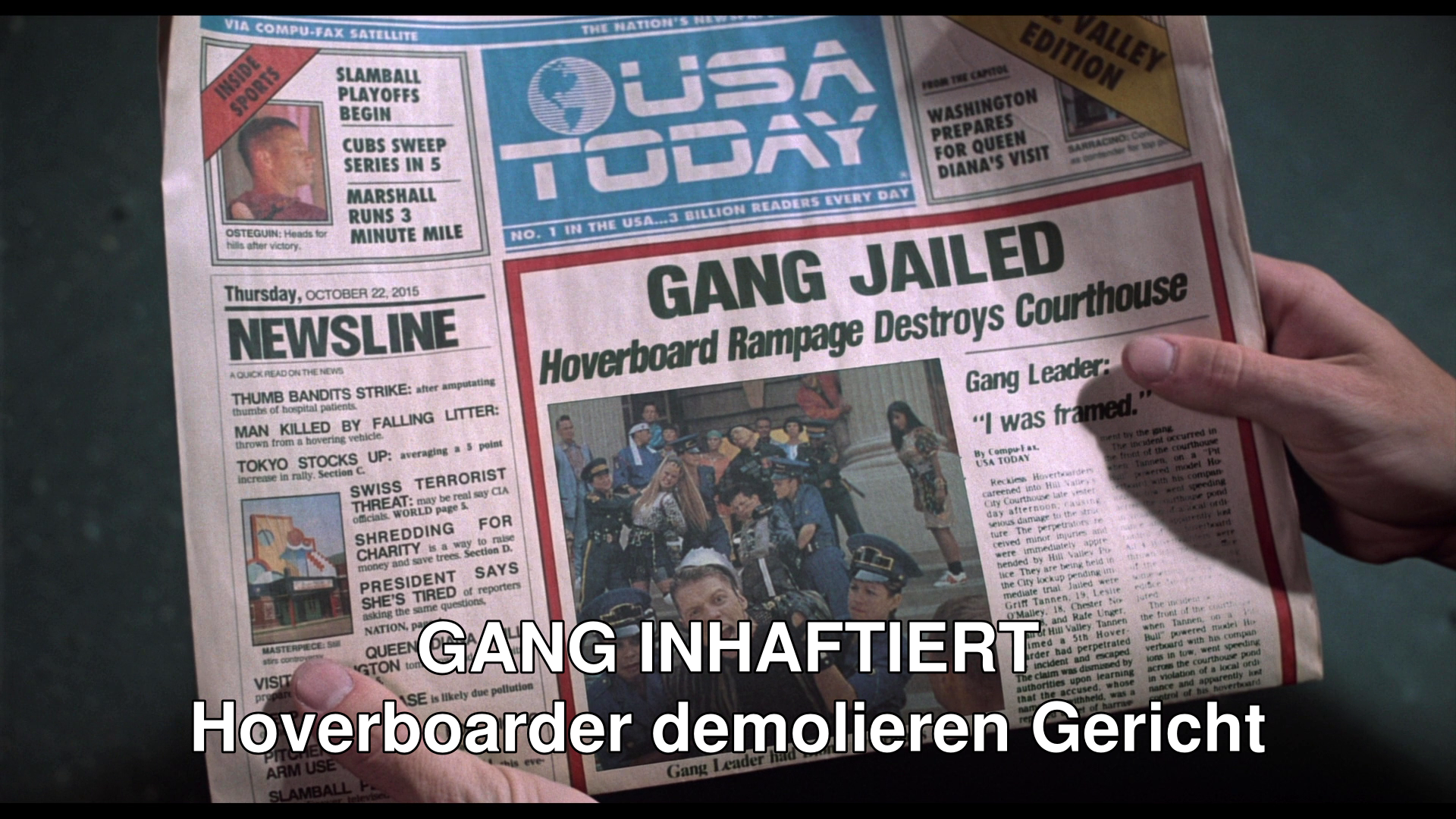 The English and German subtitles were from the official BluRays. While there was no problem with the English subtitles, the German left to be desired. Translations of running gags and recurring phrases was different between those parts (For instance, “Great Scott!” was translated as “Großer Schotte” in Part I and “Mein Gott” in Parts II and III). I tried to harmonize those translations between parts (as well as for recurring scenes / dialogues).
Also, the italics were absent from the German subs, and were added in retrospect.

Also, the full subtitles were combined with the Time / Newspaper Headings subtitles listed above and formatted in ASS. 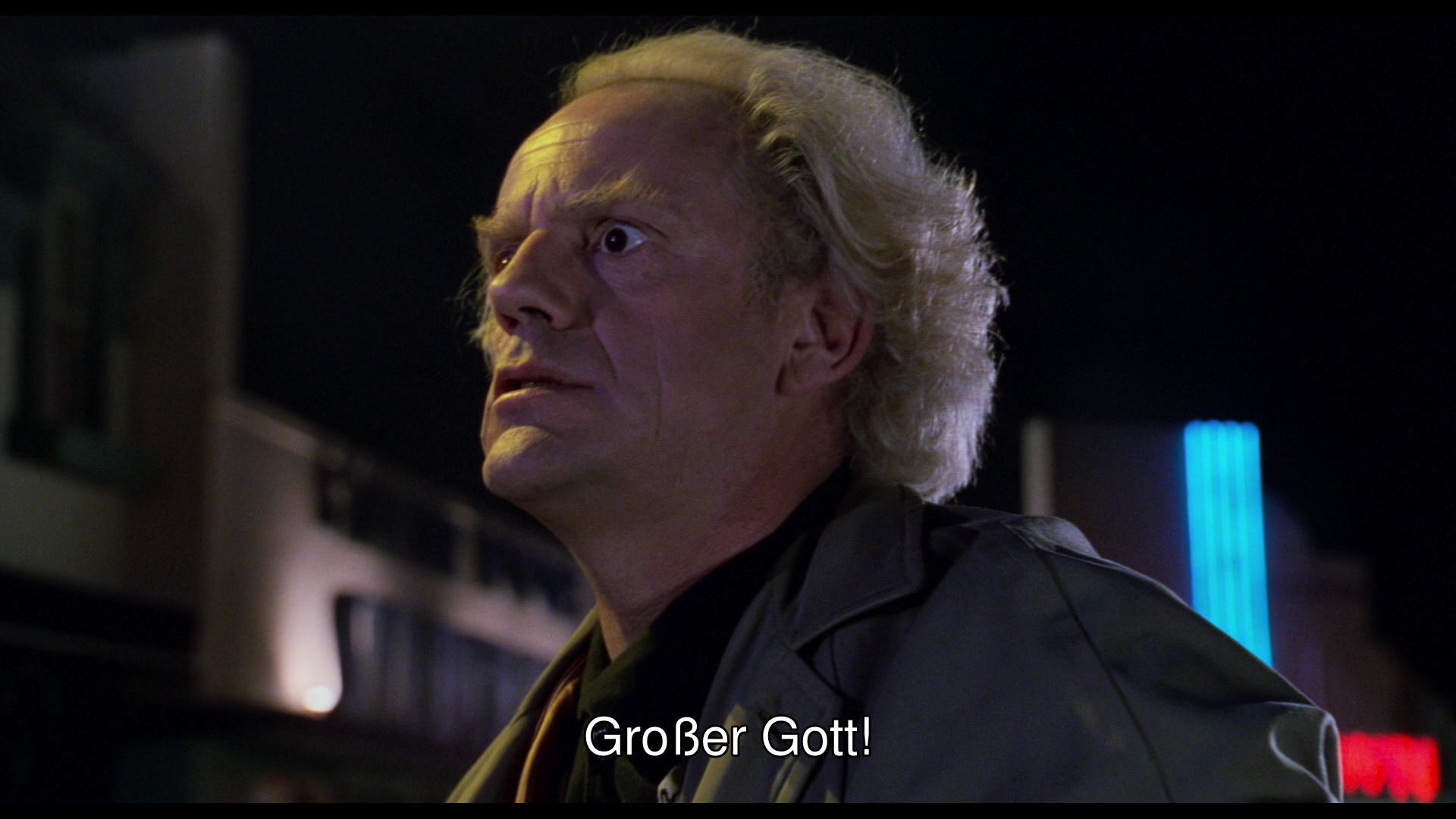 So, there are following subtitles options available in this project: