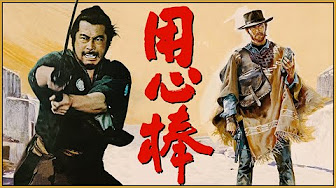 YOJIMBO & A FISTFUL OF DOLLARS - How The Western Was Changed Forever
https://www.youtube.com/watch?v=_0kJkShY1-E&list=PLYn2a0e2FVIJ66EP8vMU64l-kIhHU9zg7&index=72&t - from the Matt Draper YouTube channel (17 mins long).

The blurb:
“On the blending of Western and Samurai genres found in Akira Kurosawa’s “Yojimbo” and Sergio Leone’s “A Fistful of Dollars,” which took inspiration from classic Western films and then reinvented the genre through perspectives from Japan and Italy.” 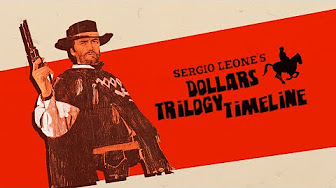 The blurb:
“The Dollars Trilogy, also known as the Man with No Name Trilogy is an Italian film series consisting of three masterpieces directed by Sergio Leone. The films came to be considered a trilogy due to American distributor United Artists smart marketing concept. This short video identifies the three films’ timeline as well as a couple of “blink-and-you’ll-miss-it” details.”