Dinosauria: Ascension, Domination, Downfall is an upcoming prehistoric wildlife documentary series I am creating that aims to be the most scientifically accurate, up-to-date and compelling dinosaur documentary to date.

Official Poster by a fantastic paleoartist who goes by Prehistorica on Twitter: 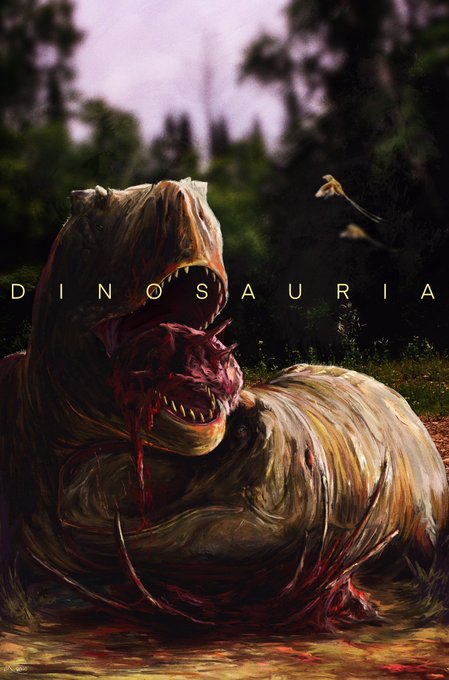 It’s of a Tyrannosaurus couple sharing a nice meal together.

Me and my team are striving to create a documentary that does two crucial things we believe are essential to making an exemplary natural history documentary:

Dinosauria will consist of 10 episodes, each one taking place in a different time and location in the Mesozoic. These episodes will be around 30-45 minutes long, and will be produced with a mix of CGI and practical puppets (though mostly the former). Think like Walking with Dinosaurs, but bigger in scope and updated to current scientific rigor.

More info is to come.