ZkinandBonez said:
I’m not quite sure what scene this is from. Maybe just the actors talking backstage? It seems like they’re standing directly under stage lights though. 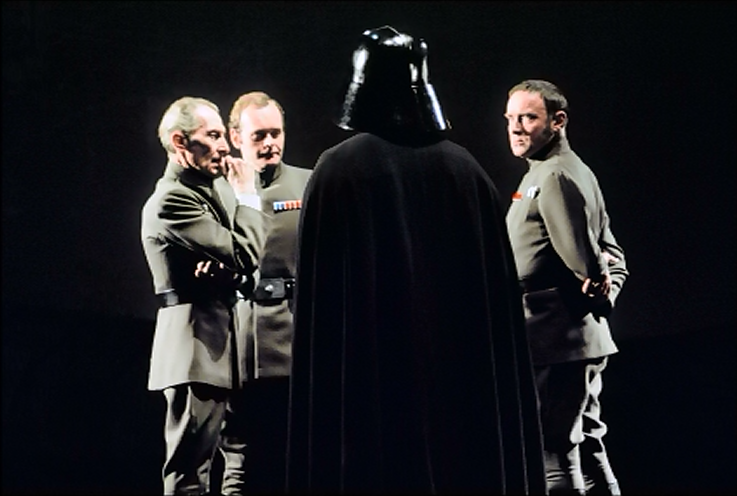 Looks to me like they’re standing in front of the Death Star viewscreen. You can just make out the slanted lower edge of the screen area.

I had to turn up the brightness of my screen, but yes, it does seem like its the viewscreen in the background. So unless I remember those scenes incorrectly, this means that there’s a deleted scene where Tagge was present, presumably either before Leia enters the room during the destruction of Alderaan scene or some extension of the scene where Vader and Tarkin discuss the tracking beacon.