I know people’s minds are probably on other things taking place around the world right now (and rightfully so - are we allowed to talk about that on here?), though just for the record… 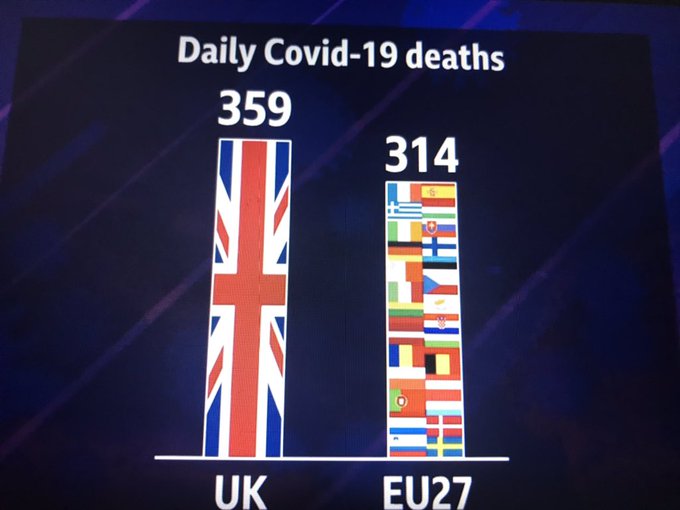 54,000 new cases in the UK last week according to the Govt’s own statistic’s body - and the UK Govt started trying to send many kids back to school on Monday (it hasn’t worked very well), and other people back to work, in an attempt to try and ‘boost the economy’ (in the style of ‘some of you may die - but it is a risk I am willing to take’):-