So I finally figured out how to get the 4K77 version of ANH (I’ve been using the GOUT version for ages), and I’ve never before noticed that this little spot between the cantina entrance and the Dewback has been added in post. 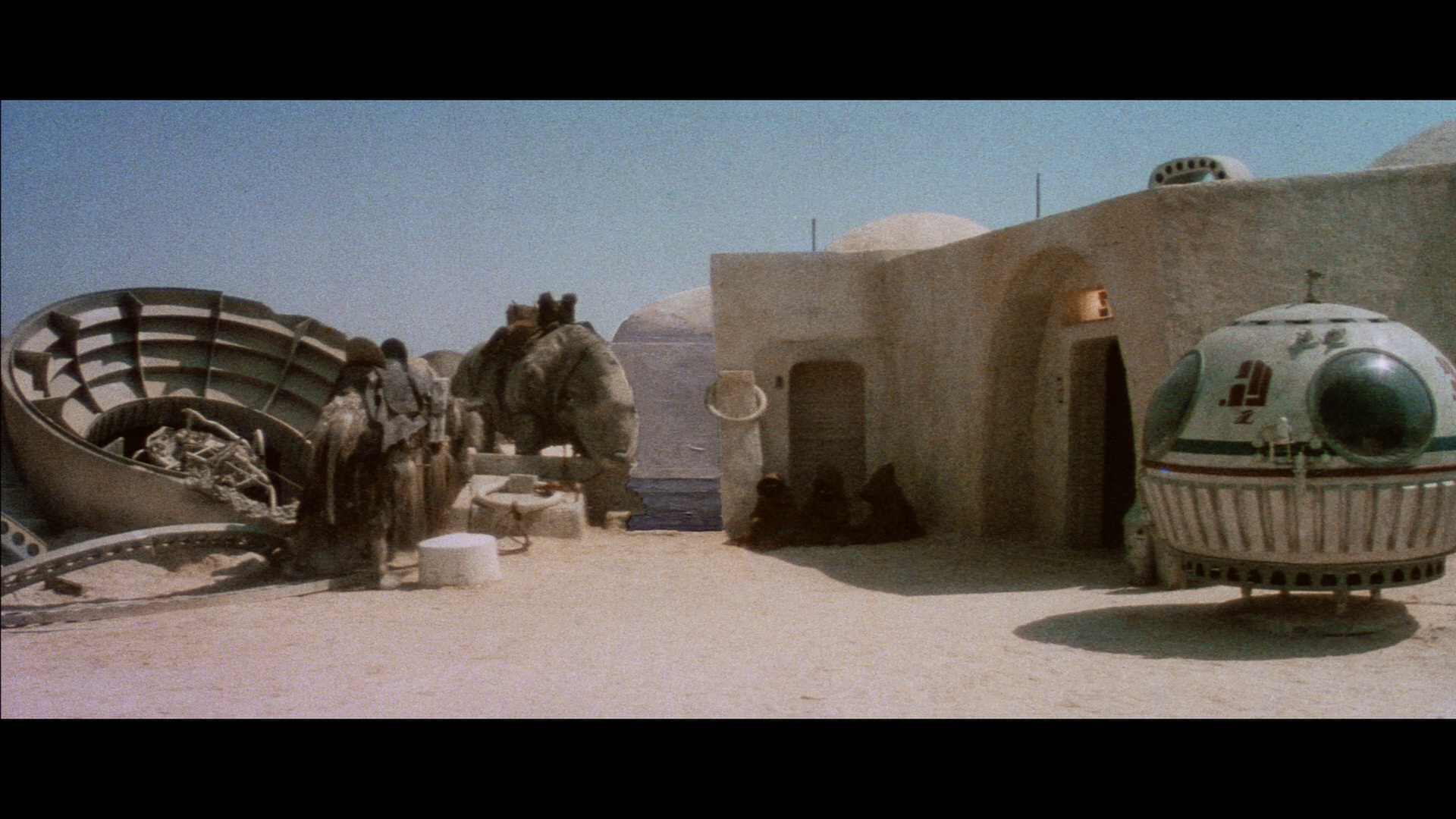 The strangest thing is that in the shot were they enter the cantina there’s no effect added (of course that wouldn’t have been possible in the 70’s anyway as the camera moves), and even thought he angle is a bit different it features be the same few steps and domed building in the background (though the antennae-thing is not present in the first shot). So why was this section added in later at all? 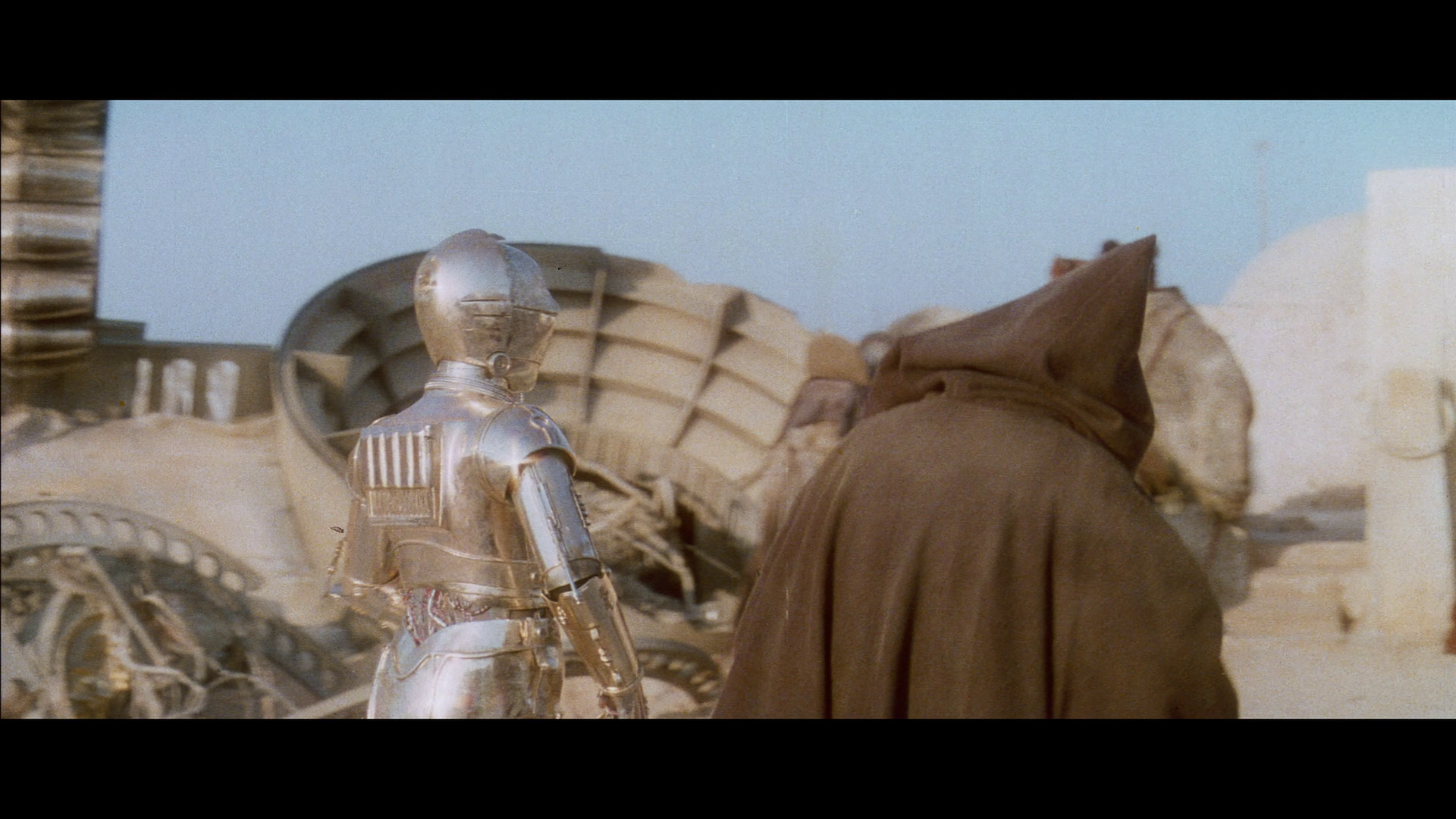