Maybe the crowd was just more of these guys?

Or else I think it’s just his personal army of Torgos. ;P

Who exactly are those guys? Anyone know?

IIRC, they were supposed to be his advisors, so pretty much like all the flunkies he kept around in the prequels only less alien.
I don’t think I’ve ever spotted the conehead one in the movie. 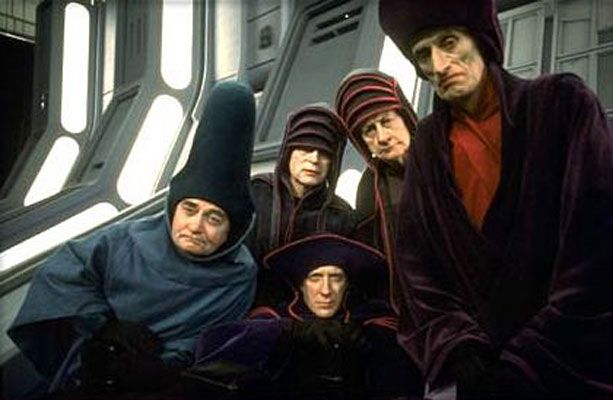 What was Kenner thinking making one of these guys an action figure when we never even got a Wedge?

Poor chap never even got a proper name at the time.