Are you saying child actors are cheaper than adult actors? 😄

Peter Suschitzky’s cinematography in TESB is one tough act to follow.

Alan Hume actually walked out because he didn’t like how GL was treating Marquand. Alec Mills took over for the last month of production.

With the exception of Warwick Davis, I think most of the Ewoks were played by adults. Child labor laws would have made the shoot even more difficult if all the Ewoks were children.

I know that it’s reddit but someone just posted this in another thread. 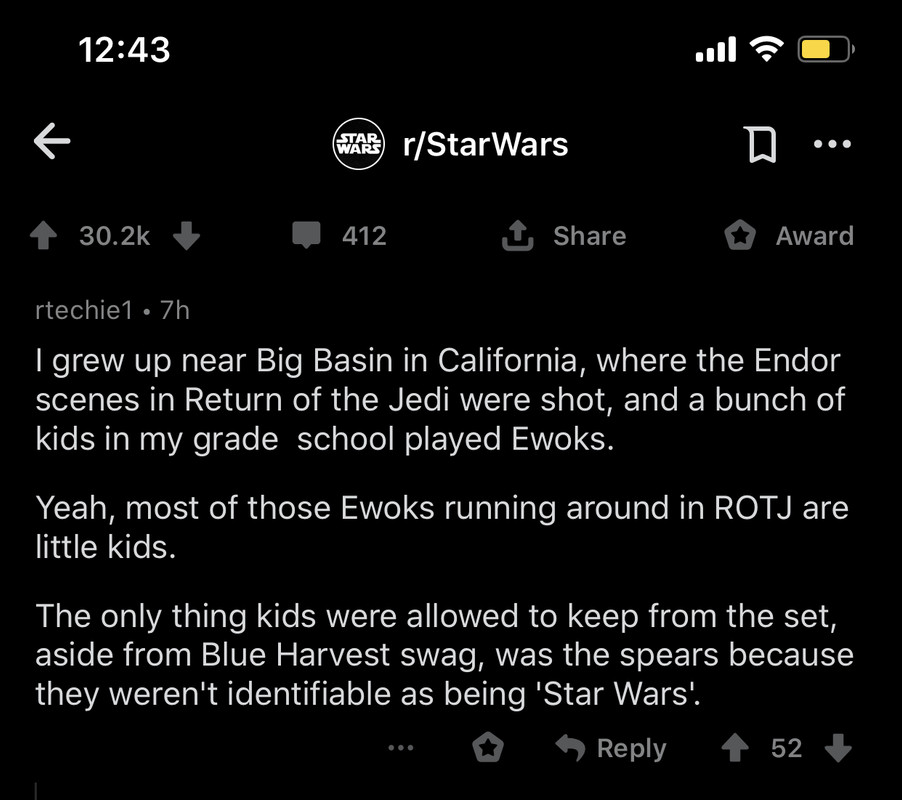