The ‘Lucas Museum of Narrative Art’ is scheduled to open in 2022, and from the Vanity Fair article below, seems there were a few issues on a location before settling on LA - and breaking ground in 2018.

There will be a ‘Star Wars exhibit’ at the museum - though it may likely have a large empty space for where the unaltered theatrical version of the Original Trilogy films were for 20 years… (before they stopped existing in George’s eyes) - next to the various incarnations of the Special Editions which replaced them?

Such a space likely won’t be in the ‘Film Preservation’ section on the museum - as to not confuse anyone questioning why Lucas sits on the boards of a few film preservation groups; yet won’t preserve or release the classic original version of his own three films which made Star Wars what it is (and also underpins much of his own work since).

Having said that, it does look a cool building design 😃 (more images of it can be found in the articles below) and will hopefully feature some cool and rarely seen ‘bits and pieces’ from the various films and projects he has been involved with.

A few articles on the ‘Lucas Museum of Narrative Art’:- 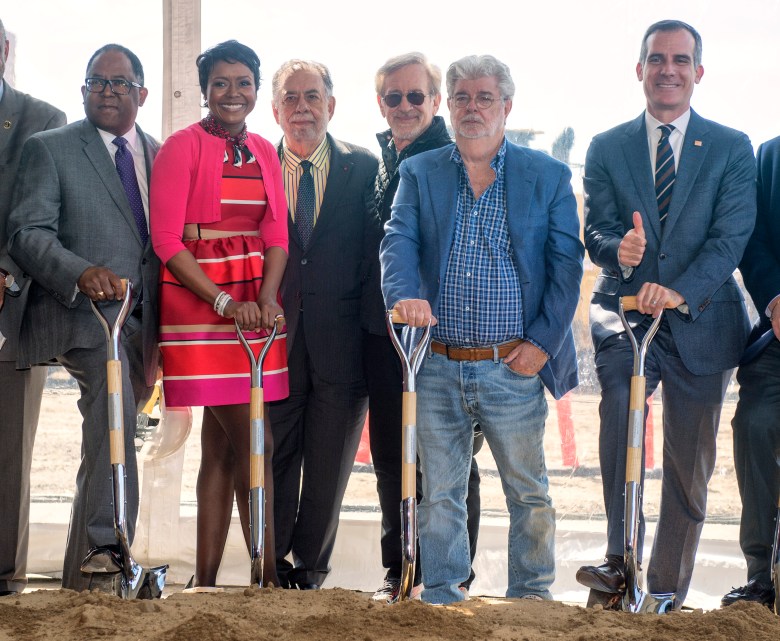 ^ happy as ever 😉 (did George lose a bet and is now no longer allowed to smile for photographs?)

apologies mods if there is already a thread on the George’s museum? I couldn’t find one earlier, but if there is please delete or merge this if possible? TIA.