Huh - I really enjoyed the Walter Cronkite doc; thanks man. Though it was a little strange to see George kind of happy / excited to talk about the models, laborious effects, cameras and the process… 😃 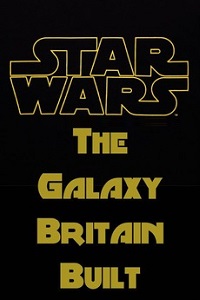 "The Galaxy Britain Built celebrates the British contribution to the original Star Wars.

Presenter and Star Wars fan David Whiteley uncovers some never-before-heard stories from the geniuses who helped build the galaxy, from the costume designer and art director to the man who made the lightsaber. It was a time when science fiction films were not box office draws, and very few people in the industry believed in George Lucas’s vision. But his first Star Wars film ended up being a very British endeavour.

The programme documents the behind-the-scenes talent that helped bring the galaxy to life in the late 1970s. It also looks at how the British talent continues to be part of the Star Wars legacy to the present day."