I feel like there has to be an easier way to clean a static starfield.

Since the automated dust cleanup presumably erases stars, have you considered stabilizing the shot, running the cleanup, and layering it over the original on ‘darken’? Then if you had just a single frame manually cleaned, it could be overlaid on top of that with the blending on ‘lighten’, which would return the accidentally erased stars.

True. This is actually a trick we’ve been taught at my film restoration business. We make two copies of the frame, and on one we apply an automatic dust and scratch removal, which removes some detail, but then put the dirty layer on darken and the quality is kept while only removing the dust.

So, limited success on this one… The main problem is that both the dust and the stars are “light”, so using the automatic cleanup and blending it with the original won’t work here. Most of the dark dirt is lost in the blackness of space.

To illustrate the problem, here is a raw frame (this is from the pandown, to make it more obvious which stars are missing, but the same is true during the crawl where perhaps only a single star is accidentally erased): 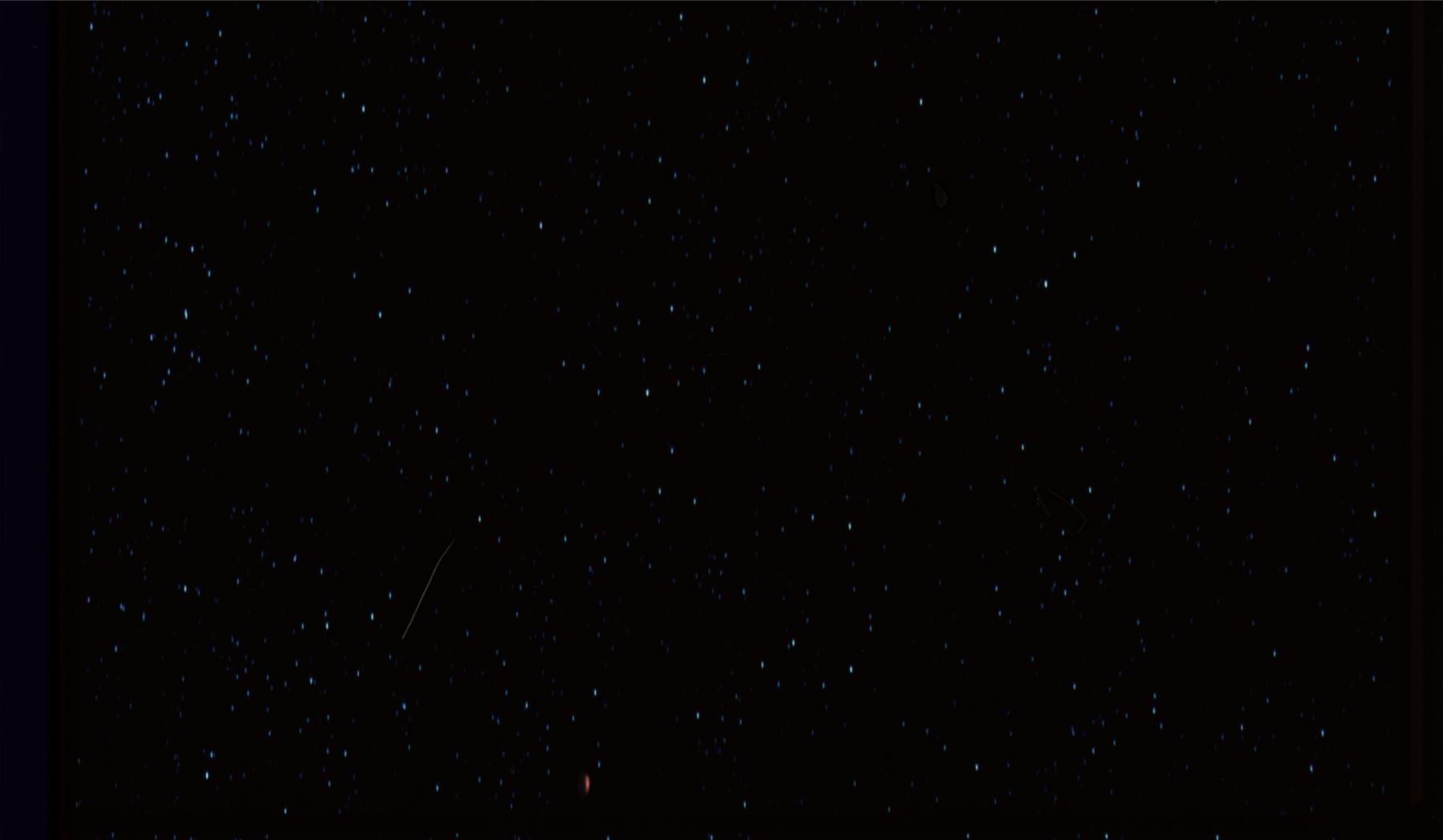 And here is the same frame after automated cleanup: 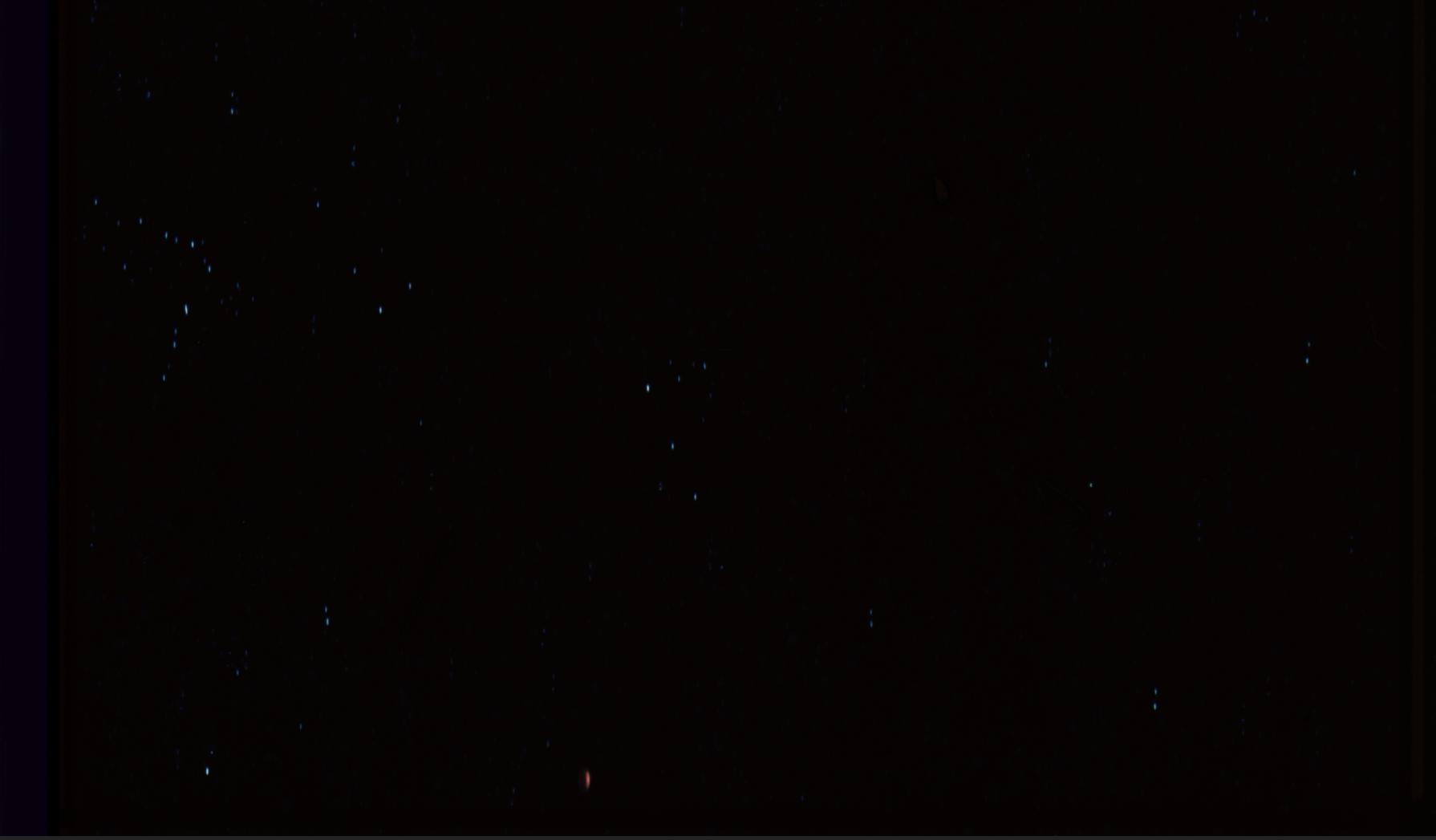 Now If I put the original frame on top of the cleaned frame and set the blend mode to Lighten, all of the stars return, but so does the red line - in fact it looks identical to the original uncleaned frame. If I set it to Darken, it looks identical to the cleaned frame - the line is gone but so are all those stars. (This is a technique I’ve used before, and it works very well on a lot of shots, but unfortunately not this one.)

However, Using a static stars frame (one taken from right before the pan down), and placing it above the auto cleaned layer with the blend mode set to “Lighten” does work pretty well for most of the shot - though of course it can’t be used until the Star Wars logo has gone, or it adds stars to the black area inside the words: 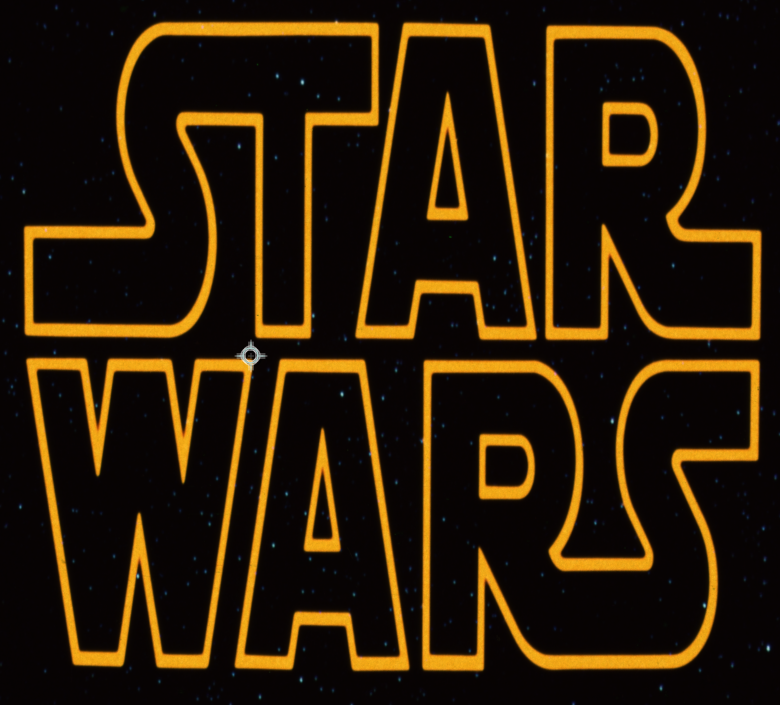 And it’s only good until the pan down, but that’s still a lot of frames.

Every frame will still need to be checked, but this should save me some time painting out the dirt and dust, so thank you for your suggestions.