At least this confirms that the Knights of Ren will play a part in Ep. IX (not that there was much doubt about that to begin with); 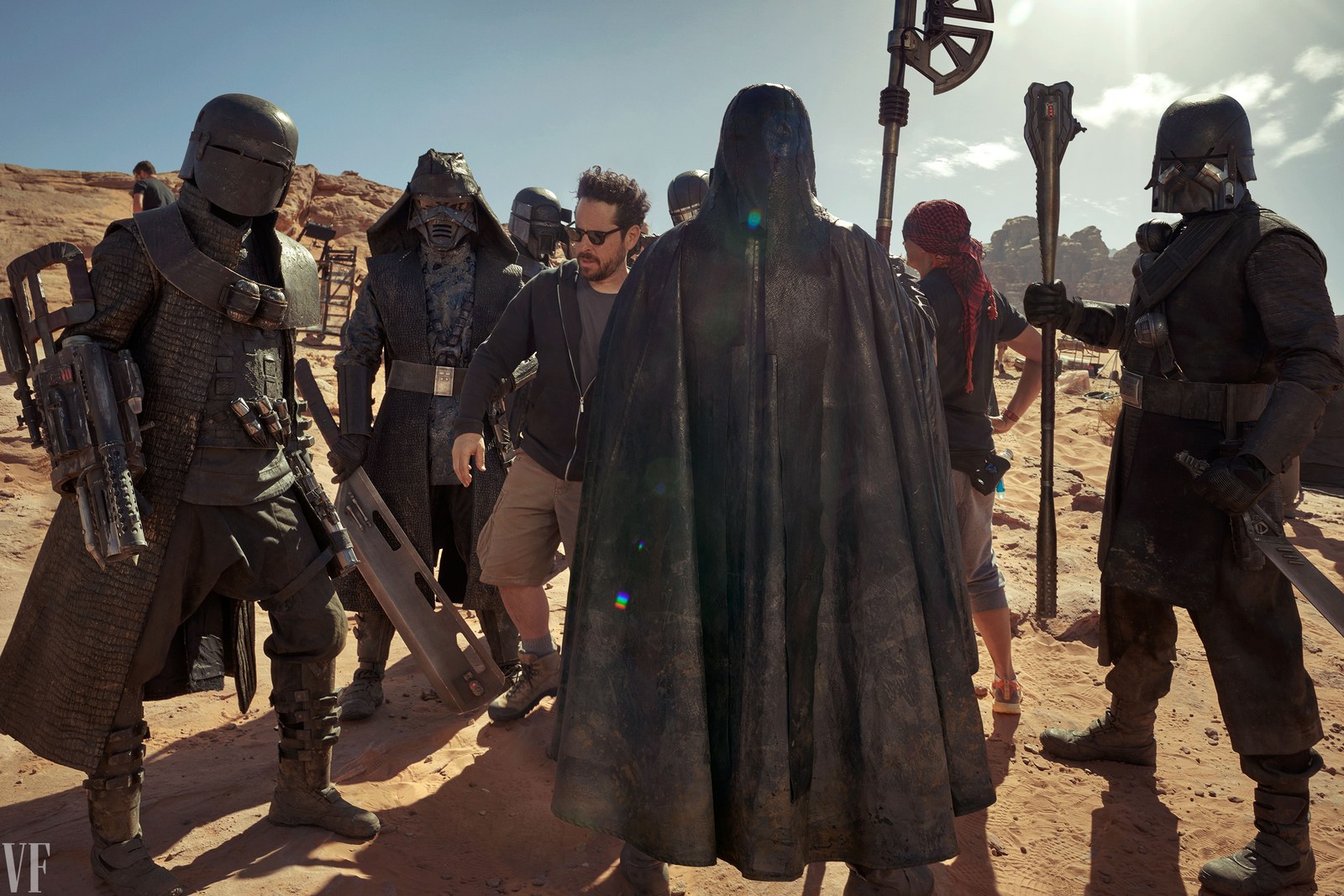 Vanity Fair released a few other set photos as well, but this one was the only one that really stood out. The rest is mostly stuff we’ve already seen in the trailer, plus some new alien designs.

The most curious part about the Knignts of Ren article is it confirms the person Kylo smashes in the red forest is one of the Knights of Ren. It really makes me wonder. I certainly think there’s more of them than we’ve seen as of yet.

I equally found the picture of Luke compelling. Could we get more knowledge of the Jedi Temple massacre?

I really think there’s more to the story as I remember during the mind reading in TFA we hear a womsn screaming before Kylo tells Rey that Han would’ve disappeared her. We hear this same scream when Rey is trying to resist the Dark Side cave and when Luke is reading Ben’s mind.

The things that make you go hmmm!