I view the ST thusfar as a somewhat failed experiment, not unlike the PT. In my view the OT is a self-contained story with a clear beginning, middle and end, with clear character arcs. That story has gotten lost somewhat with the addition of the PT, and ST. Both the PT and ST are superfluous imo, and cannot stand on their own. They both add something to the overall narrative, and lore, but at a hefty price. To me the overall narrative of the six part “tragedy of Anakin Skywalker” is significantly weaker than the three part “adventures of Luke Skywalker”, and the thusfar eight part “Skywalker saga” is weaker still. However, in the case of the PT, aside from the poor execution of many elements, the faults were built in from the get go, where the story’s outcome was a foregone conclusion, and it’s self-referential nature part of it’s DNA. It was therefore self-evident that story choices in the PT, might clash with the previously established self-contained story of the OT. It might have been better to have the PT be set in a much earlier time, or an earlier conflict to provide more of a disconnect between the PT and OT timelines, thus ensuring the OT’s narrative is not significantly impacted by the addition of episodes 1 to 3.

With the ST however the creators were free to forge their own path, to create new settings, new aesthetics, and a new conflict to drive the story forward. In my view this did not happen. The ST and Disney’s additions to the franchise in general have been self-referential to a fault, whether it’s by copying the OT’s settings, aesthetic, and general plot, or whether it is by using the OT’s story threads, and set pieces to misdirect, and subvert expectations, the ST at its core thusfar has failed to provide us with a new setting, and new story. It’s the current generation’s updated and modernized OT, where history seems destined to repeat itself ad nauseum: 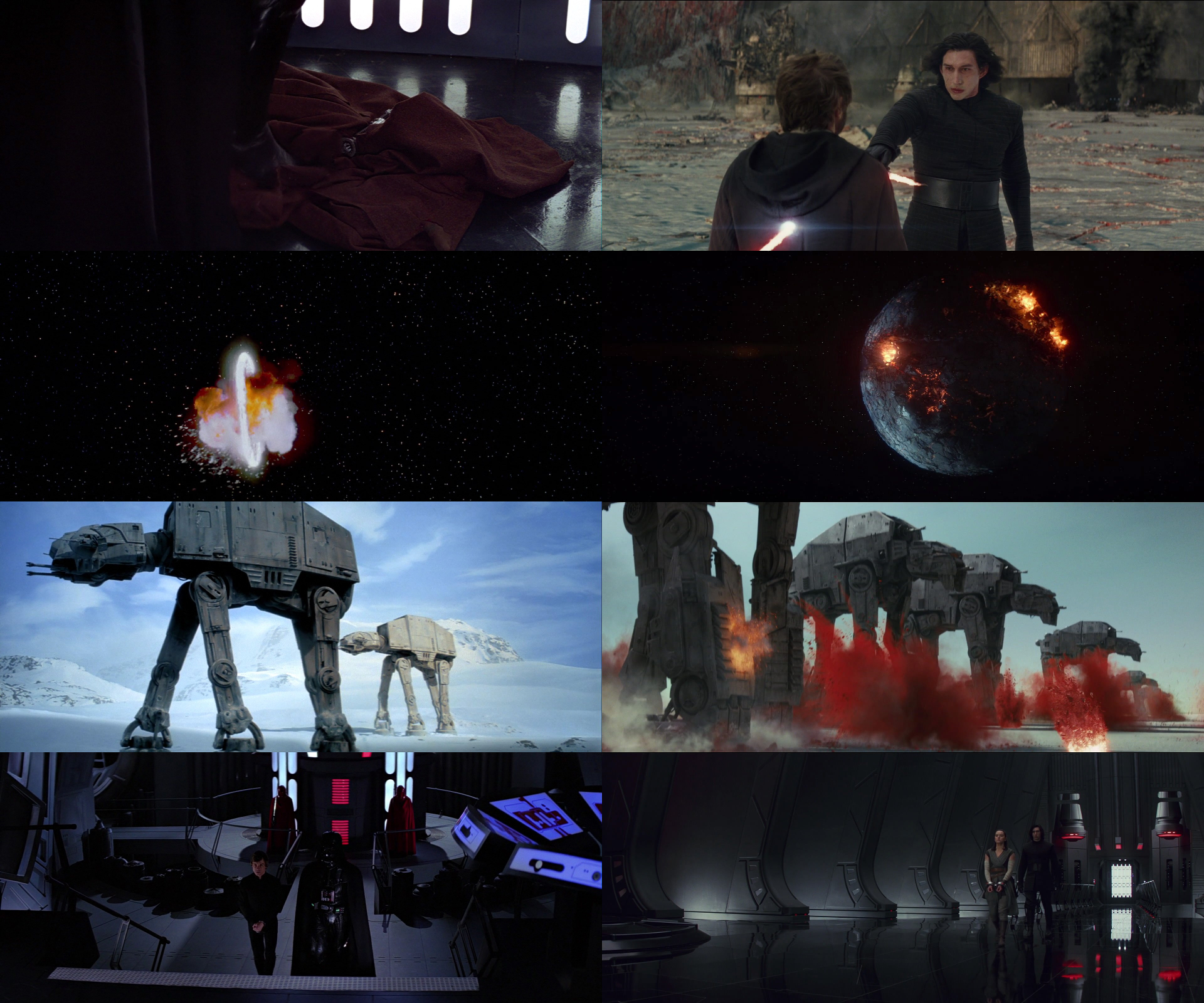 The big question for me will be, whether episode IX can break through this cycle? If not, I fear for the future of the franchise, where in a worst case scenario Disney Star Wars will forever be a cover band playing Lucas’ greatest hits, changing the order of the verses with some newly updated (and in some cases inappropriate) arrangements, rather than to take Lucas’ style of music, and create some genuinely new songs.